Since our last blog post, our DR's have had lots of dirt time, allowing us to experience some remote and beautiful parts of Wyoming.  Here's a quick recap of our past week on the road!

July 13th- After spending the morning enjoying the twists, hairpin turns and spirals of Route 16A to Mount Rushmore, we spent some time at the Memorial in awe of the amazing creation.  We then moved down the road to Crazy Horse Memorial where we learned about the man whose dedication to his people and land cost him his life- all because of the greed of the white man. What a horrible blemish in our history. The story of the ongoing construction of the memorial is just as incredible- spearheaded and envisioned by several Native American chiefs with construction led by one man whose family has made it their mission to complete the project utilizing only private dollars.  It's amazing to think about the history we aren't taught in school... We ended our day in Hot Springs, SD where we found a campsite along a small creek.  The campground provided free tubes to float the creek so of course we immediately took on the challenge. Unfortunately that particular endeavor was a fail as we bottomed out more than we floated, but we got some good video footage (coming soon)! 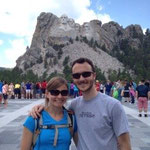 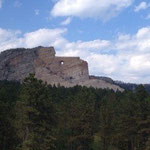 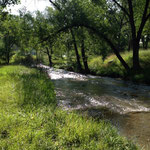 July 14th- Making our way over to Casper, we took to the dirt- hopping on and off gravel back roads.  I (Emily) took an hour or so to get my dirt legs on and really get a feel for how Sue (my bike's given name) handled off pavement.  I've found that riding motorcycles, particularly off road, is a constant learning process - discovering how the bike responds and feels on gravel, mud, sand, packed dirt, etc.  After a full day of riding, we arrived in Casper where we enjoyed a meal at On The Border thanks to my co-workers at U-M who gave us several gift cards as a going away present! Thanks my Center for Educational Outreach friends! 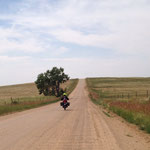 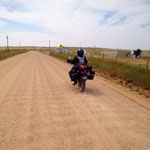 July 15th- More dirt roads! We discovered Poison Spider Road which brought us from Casper to Riverton, Wyoming almost entirely without running across any other vehicles.  Once in Riverton - on the Wind River Indian Reservation - we stopped at a convenience store/casino to fill up. I stepped inside to ask for suggestions on campgrounds and was met with a curious look as the cashier stated, "I'm not sure. We're Indians, we camp anywhere."  We took that as inspiration and continued down the road into the Shoshone National Forest where we scored the best campsite so far on our trip.  Situated on a beach next to a pristine mountain lake, we accessed the site via a rocky, dirt trail off the main road.  This, we reminded ourselves, is why we are traveling via our chosen mode of transport. 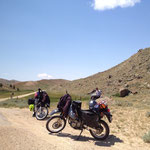 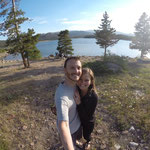 July 16th- We woke to a dense morning fog that enveloped our campsite.  We thought about staying another night at this beautiful spot, but the clouds were so socked in with no sign of clearing out, so we packed up and moved on.  Another beautiful ride through winding dirt roads brought us out of the mountains and over to Atlantic City and South Pass City, Wyoming- two tiny towns, formerly booming mining communities.  We stayed and explored South Pass City for the afternoon where they have preserved many of the buildings and created an informational, self-guided walking tour.  We found it fascinating to learn about what life was like during the gold rush times.  One interesting tidbit- Wyoming was the first state to allow women to vote and South Pass City residents played a critical role in creating the initial suffrage bill. The city was also home to the first ever female judge! So glad we took the time to slow down and spend time here. We rode on, into a few rain storms (luckily we were all geared up...unluckily I ripped a huge hole in my rain pants while putting them on. Jay, being the fine gentleman he is volunteered to wear them).  We arrived in Pinedale, Wyoming where we camped for the night. 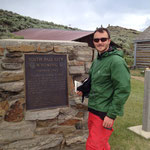 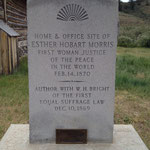 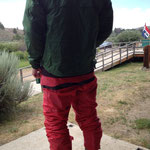 July 17th- Only 80 miles from Jackson, we woke up anxious to get there, so we hit the road early.  Jay and I have both spent quite a bit of time in Jackson and were looking forward to returning to the outdoor adventurer's paradise.  We also have a few great friends who live in town as well as some others who were traveling from Salt Lake and California to meet us...not to mention I had gotten to the point of needing a few days off the bike.

During our time in Jackson we floated Flat Creek, attended a 30th birthday party with a blow up jousting pit - turned dodge ball pit, participated in an outdoor yoga class at the base of the Tetons, rafted the Snake River, enjoyed a bluegrass concert of The Infamous Stringdusters (where a mouse somehow found its way into my wine glass), and of course spent time catching up with our wonderful friends! We feel so grateful that they travelled here to be with us during this stop on our trip. Special thanks to our friends Don & Shea for letting us crash at their place for the long weekend! 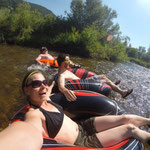 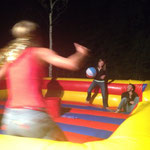 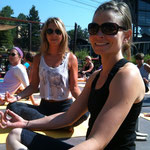 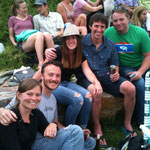 Today we move on to Montana via Yellowstone. Life.Is.Good
tagPlaceholderTags: UnitedStates